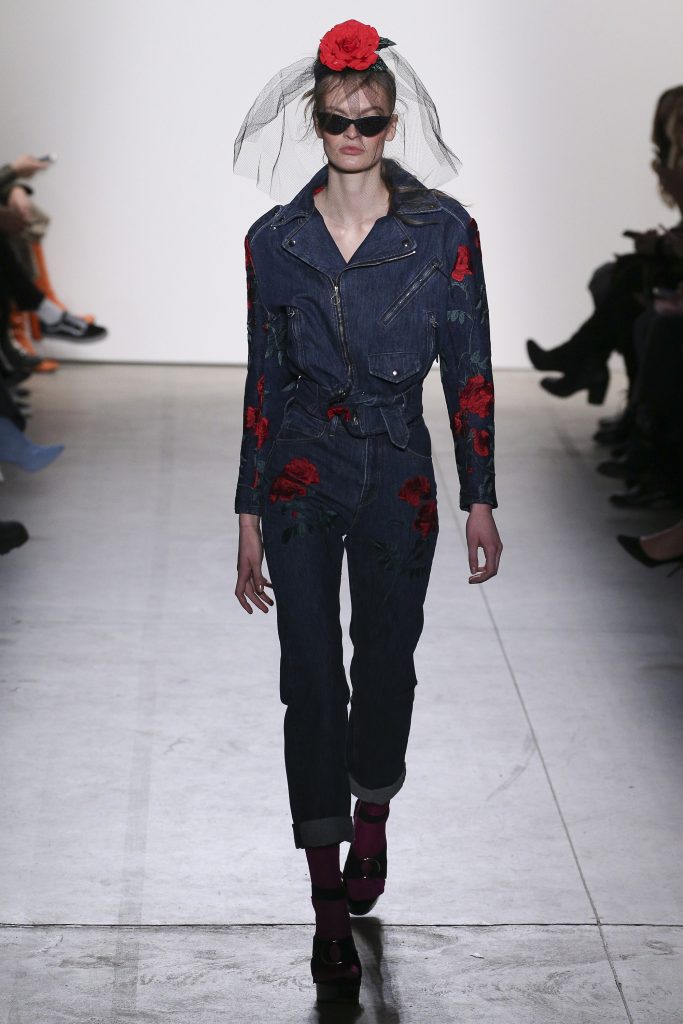 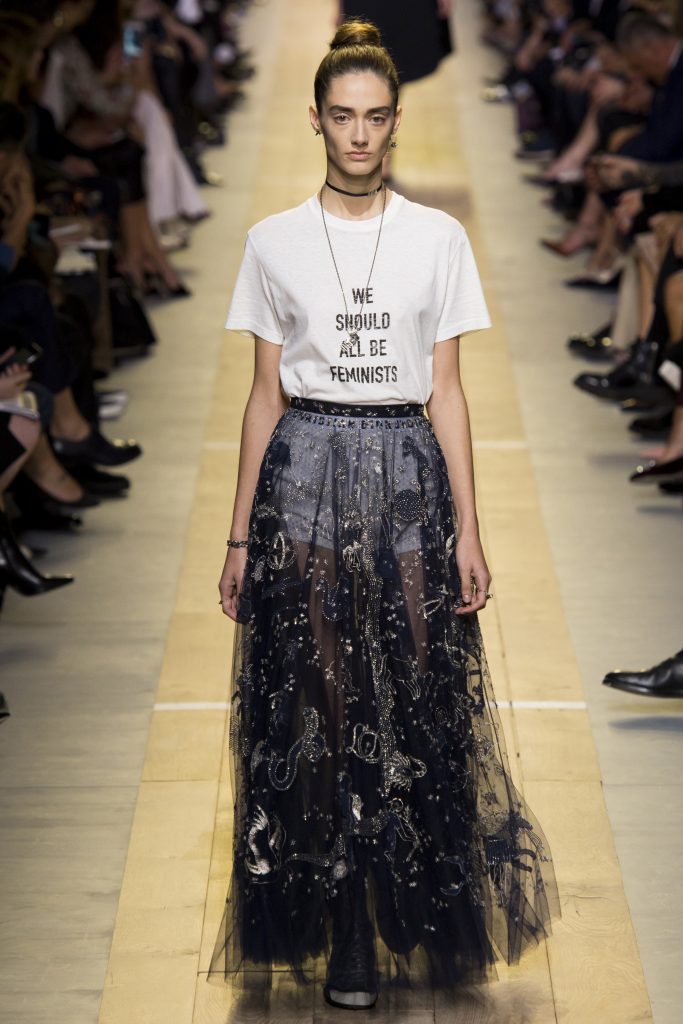 The days of minimalist pieces making up entire collections on all of the prominent runways are definitely gone, as designers have opted to show more boisterous, statement items, bold colors, and attention-catching embellishments this season. For the average viewer of these shows, it may even be hard to distinguish which season the clothing is meant for. Several designers this Paris Fashion Week have ignored traditional spring/summer color palettes, prints, and silhouettes, not letting the classic confines of warm weather clothing get in the way of individuality and creativity. One of the most popular ways of doing it this spring/summer season is through the use of slogans, logos, and graphic text, mostly utilized by designers as the focal point of the look.

Arguably the most notable of these pieces is Christian Dior’s slogan tee displaying the phrase, “We Should All Be Feminists.” It’s a perfect fit for a collection debut by Dior’s first ever female creative director, Maria Grazia Chiuri, who wanted to convey the message that there is not only one kind of woman. For a brand that has long prided itself on exuding the epitome of graceful looks and French culture, this collection was a refreshing new take on romantic femininity.

Vanessa Seward incorporated a t-shirt into her collection reading “Cada loco con su tema,” which she described as meaning “every crazy person with a story.“ The collection as a whole was a classic depiction of what the designer is known for, including printed silk blouses, dark wash denim, and casual jumpsuits.  Sacai’s most recent collection by creative director Chitose Abe was a tribute to icons such as Jimi Hendrix, Pablo Picasso, and Kurt Cobain. The line of effortlessly cool pieces included a statement tee reading “Fashion is a Passion.”

Click through the slideshow to see our other top picks for statement-making slogan tops and garments for this upcoming spring/summer season.