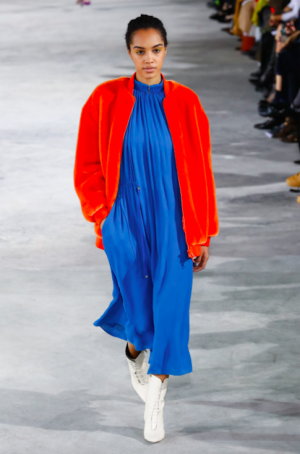 80’s inspired neons are having a flashy flashback moment! From Nanette Lepore‘s jackets and handbags, to Rag and Bone’s electric turquoise and orange, the Spring 2012 runways popped in anything-but-boring neons.

You can be a total knockout in these hues with a few simple tips and learn how to compliment your skin tone. This is an easy trend to pull off if you simply know your neons, and we are here to help!

For those with fairer skin, hot pink is is calling your name. Avoid green and yellow as these tend to wash you out. If you have an olive complexion, shine on in vivid tangerines and corals. Those with darker skin will stand out in lime greens and bold yellows. END_OF_DOCUMENT_TOKEN_TO_BE_REPLACED