Products of Paradise: The Best Ingredients & Scents of the Hawaiian Tropics 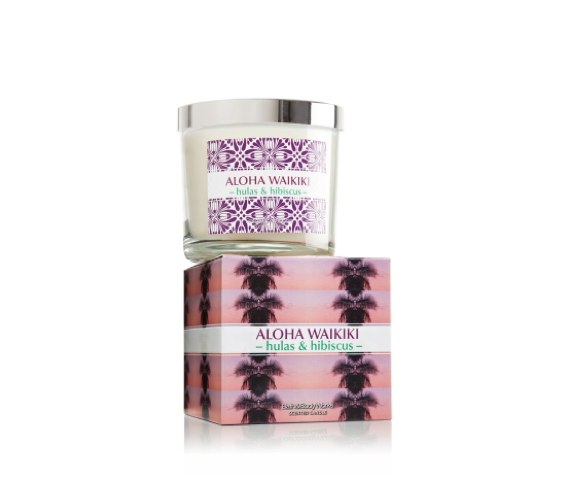 After honeymooning in Hawaii this past July and falling in love with the tastes and smells of the tropical paradise, as the weather draws colder, I can’t help of think of ways to bring myself back to that magical place by infusing some of the most identifiable aromas of Hawaii into my daily life.

I foresee these scents becoming wildly popular in the near future, but in the meanwhile, ingredients and fragrances such as plumeria (frangipani) and coconut have been much harder to track down, stateside, than I thought! See the slideshow above for my top picks that smell heavenly and work wonderfully, including NIVEA, Bath & Body Works, Michael Kors, Joey New York, and more. Peek-a-boo clothing has allowed skin to make a tenacious statement. Sliced and slivered in every fashionable form, cutouts found their way in to many collections for Spring/Summer 2013. Alexander Wang, for example, mastered this trend by elevating deconstruction to a new level. The LBD with side cutouts was only a taste of what was to follow with the white cotton shirt dresses nearly chopped into pieces. Jason Wu went provocative in the most positive of ways as dresses divvied out strong shoulders and chests. The brilliant Michael Kors also confronted this trend by seamlessly portioning the female body. Karlie Kloss came down the runway with purpose and poise, a moment sure to be remembered in New York Fashion Week SS13. Not every designer can pull off using prints, nor can everyone can easily pull off the all-over printed look. One exception, however is the casual, tribal feeling of many prints that I saw for spring 2013. The style felt bold and vibrant, yet found in silhouettes that can actually translate to be very comfortable. I could see myself wearing some of these printed pieces to the beach, while others are perfectly suited to wear to my favorite concert/show. A favorite was Mara Hoffman’s perfectly engineered prints that season after season, never fail to disappoint! FPD got the opportunity to attend TEEN VOGUE’s Fashion University, the exclusive weekend-long event (October 21-23) which was designed for the fashion-focused leaders of tomorrow. What a great opportunity to take part in — how many people get to sit in on personal seminars with Michael Kors, Alexander Wang, and Jack McCollough and Lazaro Hernandez of Proenza Schouler? Here’s a recap of the event’s curriculum, broken into classes, or panels, that we attended, courtesy of TEEN VOGUE.

“I was incredibly, insanely fashion obsessed!” Michael began. Impatient to get going, Kors did what he could to see it all, read it all. He literally consumed the industry in the way it consumed him, joking about his valiant efforts at getting Italian Vogue delivered to New York City.

As a young student, Kors held on to the aesthetic he felt so strongly about; a chic woman semi-undone.  Still, he felt ready – ready to enter the world and figure out the puzzle of getting dressed for so many. Finally came his big break: while working at a local store, the owners asked if he would re-design last season’s jeans. In fashion terms, they were out. But, what was in? It was evident Kors knew what women wanted – (“I love women,” he told the audience earlier) – and the store owners took advantage of that.  Soon enough, it became his “thing” as he would do it all himself; he designed, worked, and made window displays… and it all paid off. Bergdorf Goodman’s Fashion Director approached Kors after seeing his window display. That very night he sketched out his collection to bring to them. They loved it, and the rest is history.

For Kors, the key to his success
END_OF_DOCUMENT_TOKEN_TO_BE_REPLACED Held annually in New York City, Teen Vogue Fashion University is a on- of-a-kind educational program where fashion is taught by those who know it best. This exclusive event is available for 500 women who aspire to a career in the fashion industry.  Women can attend seminars the seminars paneled by designers, editors, and fashion entrepreneurs to learn about the multi-faceted and exhilarating business of fashion.

This year’s Fashion University includes program participants Michael Kors, Alexander Wang, Whitney Port, Jack McCollough and Lazaro Hernandez of Proenza Schouler, Rebecca Minkhoff, Jason Wu and Betsey Johnson to name a few. Teen Vogue provides the industry’s young hopefuls with a unique edge, as those who attend are also welcome to interview seminar participants, a truly invaluable experience. The goal is to not only teach, but to inspire the new generation of fashion fanatics.

Moreover, for those who cannot make it to the live event, Fashion University can be experienced online for the first time! Viewers can watch the top six seminars as they happen live from Hudson Theater in NYC on October 22nd.
END_OF_DOCUMENT_TOKEN_TO_BE_REPLACED