creatures of the wind 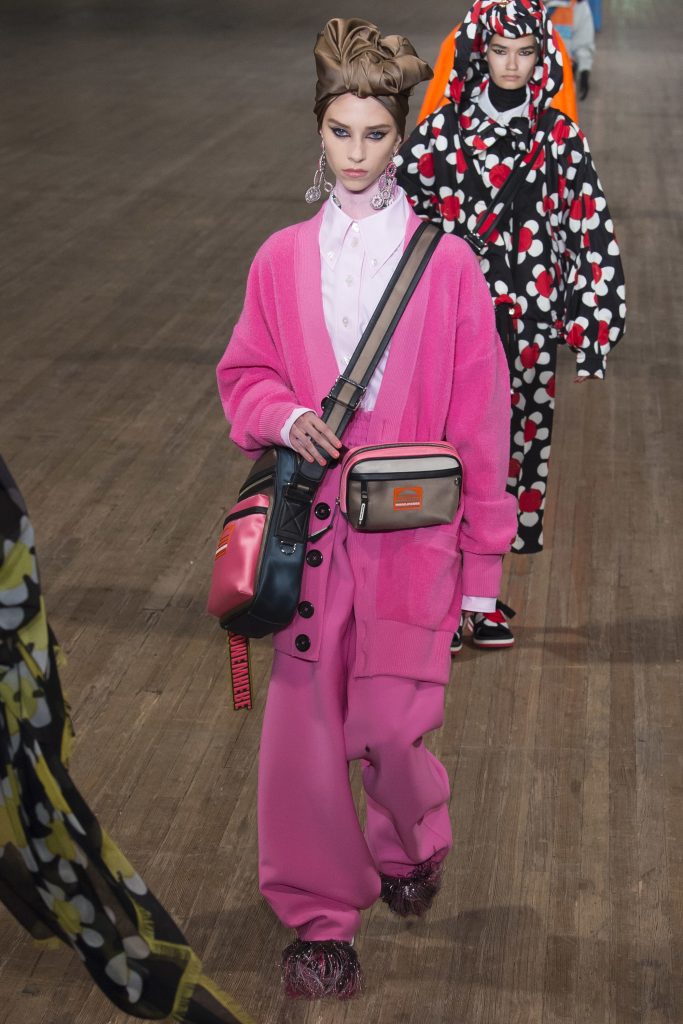 The Theme: Inspired by a Japanese Godzilla movie from the 80’s in which the soul of the female character is stolen and sealed in a flower.

The Execution: Backstage, Odile Gilbert for Kérastase faked a haircut by preparing the models’ hair with Kérastase’s Nectar Thermique and pin straightening each lock before adding texture with Double Force Hair Spray and criss-crossing the sections of hair over the head. Gilbert sealed the look backstage with a hair net and a few spritzes of Double Force Hairspray, using  a pea-sized amount of Elixir Ultime The Imperial to add shine. Paired with NARS’ artist James Boehmer’s punk makeup aesthetic, the result is tough, yet ladylike.
Boehmer prepped with NARS’ Pure Radiant Tinted Moisturizer and Radiant Creamy Concealer, only lightly setting the complexion with Light Reflecting Powder to retain radiant, glowy skin. He made the models’ eyes pop by using Nars’ Damned and Velvet Matte Lip Pencils as shadow and lining the bottom with Silver Factory Soft Touch Shadow Pencil. Fire Down Below Lipstick completed the raw feminine look.
–Maria Eilersen