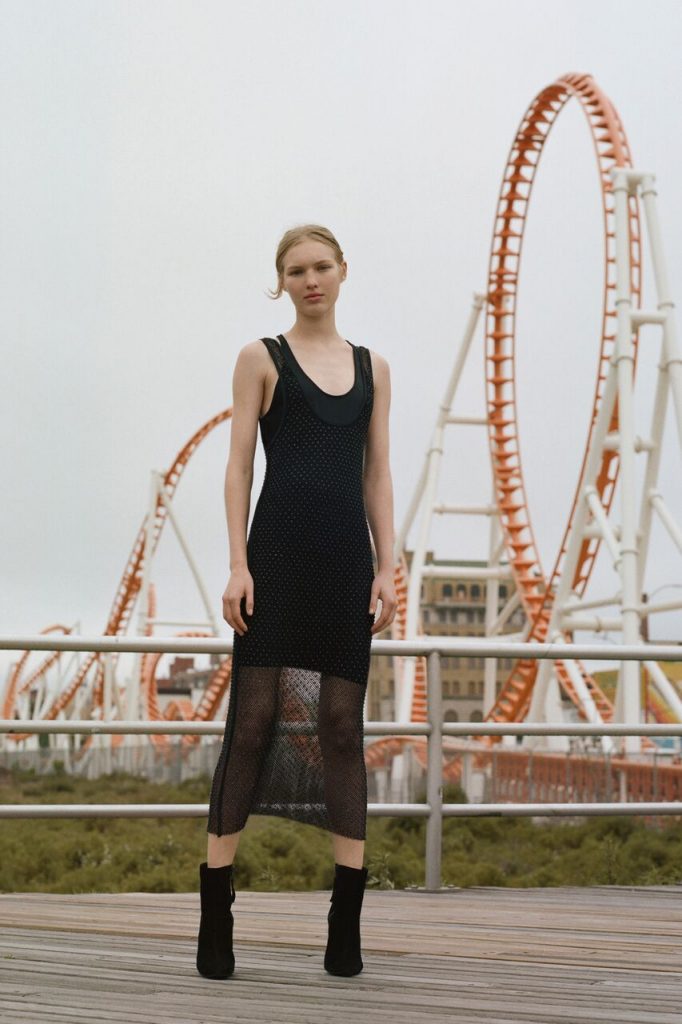 For Rag & Bone’s Resort 2018 collection, creating new riffs on essential staple pieces was the primary goal, largely manifesting itself in luxurious fabrics such as cashmere and velvet. With an emphasis on functionality, color, and premium fabrics, the range of pieces draw inspiration from American, British, and Japanese styles sport, sportswear, and work wear styles. Knitwear plays a big part in this lineup, as shown by a crewneck pullover in black, pink, and white stripes, as well as a cream colored embellished piece of the same style. Also notable are flared denim bottoms in both cropped and full length, plush sweatsuits, and understated, positive lettering that read “Merci,” “Have a Nice Day,” and “Let’s Dance.”

Click through the slideshow above to see most memorable looks from Rag & Bone’s 2018 Resort collection, and shop this collection come late fall via website as your guide for a retailer near you. J. Sabatino‘s collection this season is nostalgic for the old ‘Frank Sinatra New York,’ remaking the magical thrift-style fashion inherent in the streets when Soho was still described as sketchy. His F/W 2010 line is a manifestation of the characters he admired on his first trips to New York City during his youth, saturated with rich materials like wool , denim and cashmere, tailored to suit the hip city lad. Trousers were pressed and cuffed to reveal warm-toned socks and each look was topped off with either a hat or a pair of retro style sunglasses.

Its cashmere, its military-inspired, its Generra — need any more reasons? We love this adorable Generra Black Cashmere Short Sleeve Jacket, $126.65 (retails for $248) at Bluefly.com. We think it will look great with a long, gauzy layer underneath. Add $7.95 for s&h.