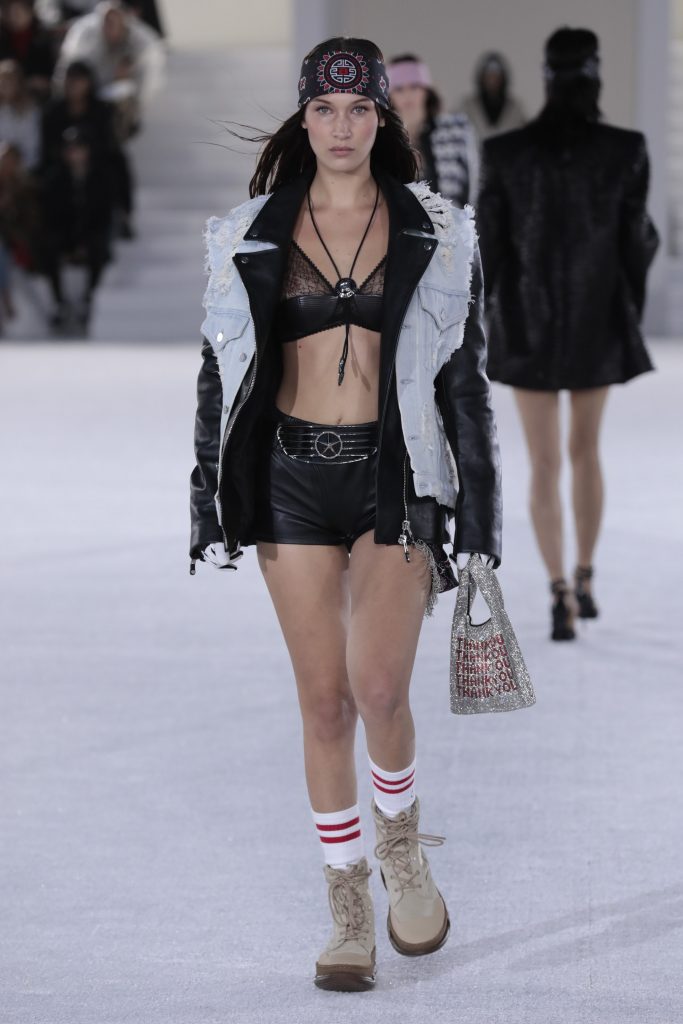 Downtown Americana grunge defined yet another effortlessly cool Alexander Wang collection —  “Collection 1” to be exact. And what better way to mark the beginning of Wang’s newly timed, off-schedule shows than with the inspiration and pride in Americana through Wang’s immigrant roots.

A hodgepodge of American influences from Western bolo ties to Hawaiian leis coexisted with one another. Diverse cultural inspirations extracted from the United States map were abundant yet each look implicitly honed in on the downtown grit of New York City. Case in point: “Chinatown” emblazoned flannel plants and shimmering bodega grocery bags that elevated each look to make it current and dare I say, Instagrammable.

Check out some of the key looks from “Collection 1” in the gallery above.